Down the Rabbit hole II

Proportioning Systems Outside the Western World

(Your host of this particular rabbit hole is Jim)

One question George and I often get is whether this whole scheme of designing to whole number ratios is limited to the classical (i.e. pre-industrial)  “western” world. What about the vast, and just as ancient, built world of the Orient? That’s a big question, and probably the deepest rabbit hole we would ever want to jump into.

But what I do know from speaking with Dale Brotherton, a classically trained Japanese temple builder; and more recently gleaned from a book on Japanese joinery (“The Art of Japanese Joinery” by Kiyosi Seike), is that the sizing of Japanese joinery elements as well as the overall layout of structures were based on an idealized system of modular (i.e. whole-number) proportions called “Kiwari”. (A Japanese word which literally means: “wood dividing”). According to Seike, the first written evidence of this system has been traced back to the mid 6th century AD, while a five volume set of artisan’s manuals appeared in 1608. 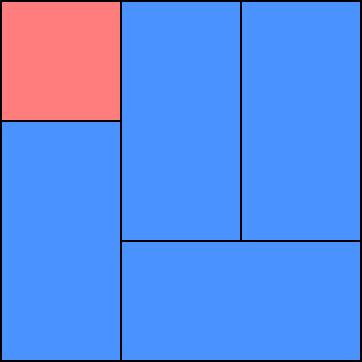 By the 15th or 16th century AD, the module for sizing rooms became the tatami mat, which was a double-square rectangle about 3 ft. by 6 ft. (in our western imperial measurement system). Two of these mats–which together formed a square–were called a “ma”, and I believe served as the module for ceiling heights as well. Rooms were defined and sized by the number of tatami that could be contained in the room. In the drawing AT DIRECTION is a typical room layout for four and one-half tatamis. Other typical room sizes were six and eight tatamis. Essentially, they were growing the rooms in a Fibonacci series.

So what about now? It seems that the ancient artisan ways came to an abrupt end in 1868 with the downfall of the last shogun during the “Restoration of Monarchy” and the subsequent conscious and aggressive opening to industrialized western “modernization”.  (Sounds familiar, doesn’t it?)

Woodworker and writer
View all posts by walkerg →
This entry was posted in Design Book, Rabbit Hole. Bookmark the permalink.

2 Responses to Down the Rabbit hole II