A rose in the Woodshop 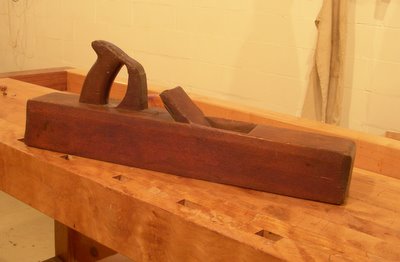 A gift from Bonner to a budding woodworker

Bonner Hall stooped down and flicked a Japanese beetle off the barely open rose blossom. He paused to relish the fragrance and take in the beauty unfolding before him. Bonner was sixty years my senior, quiet, spent most of his time putzing in his rose garden and cleaning freshly caught bluegills, his wrinkled hands now struggling to keep a knife blade steady. He was a hobbyist woodworker with a tiny shop tucked away in his basement lined with baby food jars nailed to the rafters filled with screws and tacks. He had an assortment of 1950’s vintage Sears power tools. All underpowered and wobbly by today’s standards, but somehow he managed to turn out some beautiful furniture pieces. I remember the first time I stood in his shop in the early 1980’s. He was finishing up a doll bed for a very lucky great grand daughter. “Doll bed” is such a poor way to describe it. More like a wonderful miniature with a piece of nicely figured walnut highlighting the graceful headboard. Like that rose blossom, one of those pieces that begged you to pause for a closer look. Bonner took note that I at least had eye enough to appreciate it, and that moment somehow bridged the gap between our ages.

On the wall above his workbench almost hidden amongst the collection of chisels and workshop flotsam was a small framed portrait. A pastel sketch of a young army officer with ruddy cheeks, a strong jaw and penetrating blue eyes.  Bonner tapped his pipe against the edge of his workbench and didn’t look up as he said,

“That was me in Paris on leave, right after the battle of the Argonne Forrest in 1918, hard to believe I was ever that young?”

Like most veterans he had few words to share about what he endured in the Meuse- Argonne offensive that claimed  thousands of  American soldiers, other than it was rough. He changed the subject by pulling down an old wooden bench plane from a cubbyhole and began loading me up with a box of hand tools and a small bundle of walnut cutoffs.

Bonner’s generosity is one that I know so well amongst woodworkers. Passing along tools, wood, and freely sharing hard won knowledge. But Bonner passed on something more. Apart from being a fine example of a man, he unashamedly brought his love for the things he cherished into the furniture he created. It makes no sense to put so much labor into a rose that can only be appreciated for a moment, or a doll bed that may not be appreciated by a child until Bonner was long gone. Yet he had other reasons to squeeze life out of every moment – 14,000 of them buried in the fields of eastern France. It’s somehow fitting that when Bonner’s heart finally gave out, he crumpled to the ground out in his beloved rose garden. We should all be so lucky.

Woodworker and writer
View all posts by walkerg →
This entry was posted in Design Basics, Uncategorized. Bookmark the permalink.

4 Responses to A rose in the Woodshop